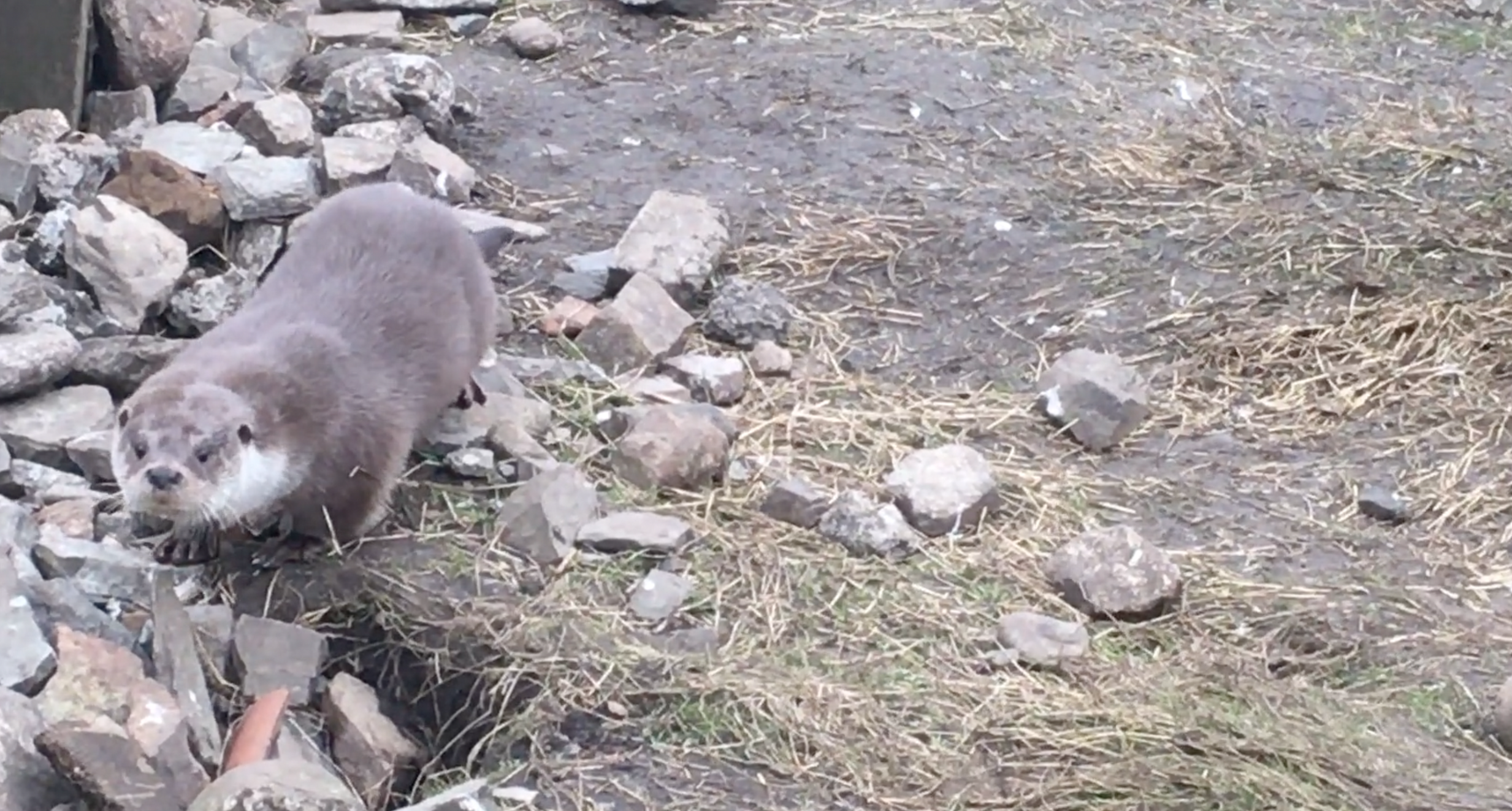 After nine months in the sanctuary it was time to release Rocky the otter rescued from Skeld in July last year. When he came we bottle fed him, but in no time at all he was eating fish and since he went outside into a pen we have barely seen him. At least a year old now he was raring to go, but when we took him out into the wild he refused to come out of his box. We hid and waited and waited and eventually left him, but then turned and spotted him racing up the hill. He couldn’t get away fast enough and didn’t look back once. A big thankyou once again to Richard Riley and Alison Riley who helped with the release and will be monitoring his movements and dropping fish until he learns to hunt for himself. Go Rocky, go! Have a great life!