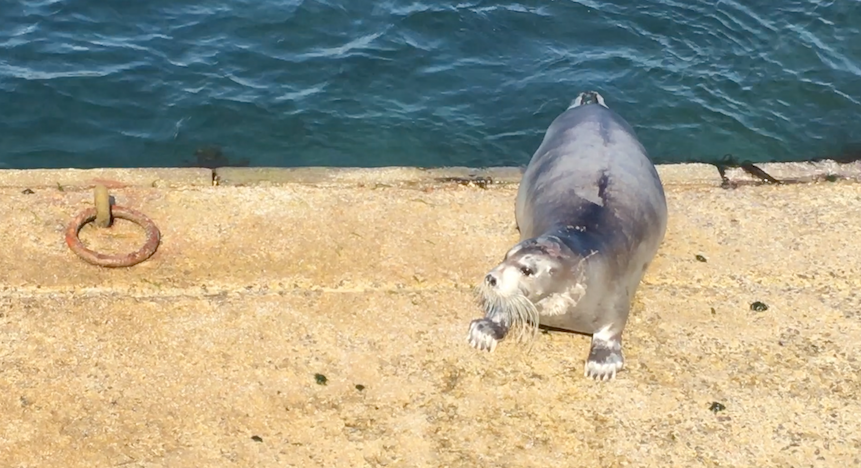 We are somewhat besotted with this beautiful creature who has been entertaining the masses at Lerwick Harbour for the past few weeks. The first photos of her when she arrived on the Bressay slipway by Victoria Pier raised concerns about a possible injury to her flipper. We went down and spent a few hours watching her. It would be hard to imagine a more relaxed and contented seal. Laid back and completely chilled out, despite the crowds and their clicking cameras. After spending a few hours lying on the slipway, she took to the water, then hauled herself out for a few minutes and then went back in to explore the seabed of the Small Boat Harbour, spending several minutes at a time submerged. Bearded Seals feed off crustaceans on the seabed, so it would be interesting to know what she found down there. With all the brick at the bottom of the harbour, it would be easy to imagine that is what caused her wounds. But bearded seals have some of the thickest skin in nature, so a few cuts and bruises shouldn’t cause her too much concern.