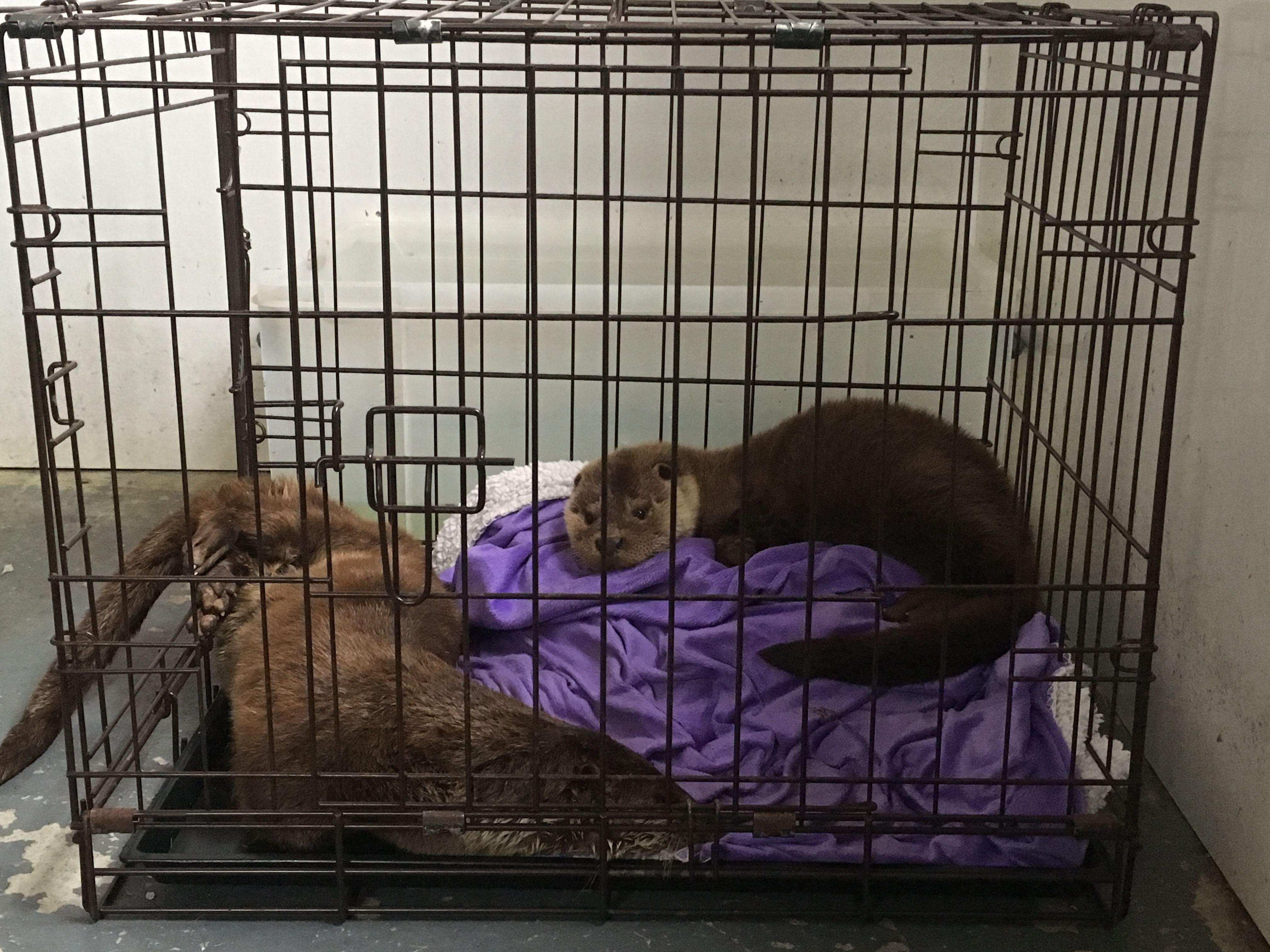 This young otter was found at night by Carolyn Jackson and Lauren Kelsey at the Grobsness junction north of Gonfirth. He was running around his dead mother, who had been killed by a passing vehicle. Remarkably, Carolyn and Lauren had a dog cage in the back of the car, so we advised them to put the dead mother in the cage and as we hoped, the cub followed her in and they were able to trap her.

We kept them together in the cage overnight and left a bowl of rainwater and two haddock in the pen, and by the morning both fish had disappeared. While that is a good sign, it also shows how hungry the otter was and might explain why the mother was wandering the hills with him at night. Only a month earlier an otter cub we called Louie died at the sanctuary just hours after being brought here by Louise Sales from the Scottish SPCA, when its mum was killed on the road by the Trondra bridge, though he was badly hypothermic.

It is a difficult time for otters coming out of winter when food is more scarce, forcing them to trek further afield in search of something to eat. There is also more traffic on the road at dawn and dusk, the times when they tend to be on the move. So please drivers, keep a close eye out for otters and any other creatures on the roads in Shetland. Three that died in one day not long ago.