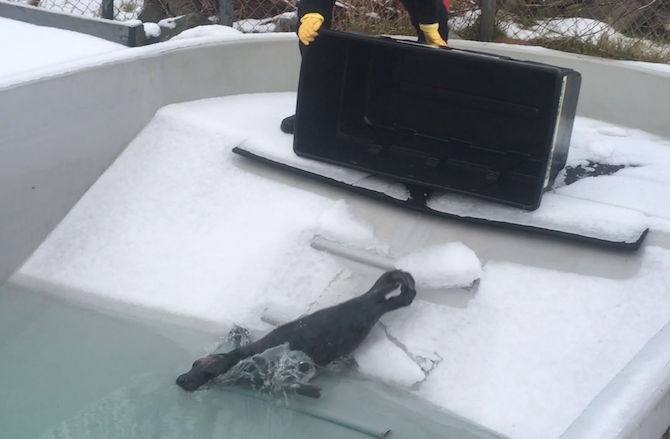 Cooper the grey seal has been growing fat indoors on 15 herring a day, so is now ready for the big pool outside. He wasn’t happy to be shifted from the comfort of his surroundings, but once he had made the journey and slid into the water he was delighted to have so much space to swim in. The strange thing was that as soon as he’d checked out his new surroundings, he just lay at the bottom of the pool and hardly came to the surface. Perhaps he was frightened, as he was definitely trying to hide. He also didn’t want to eat while we were watching him, so we left him to it and went back later to check, by which time all the fish had disappeared. Cooper has a very gentle nature, so we hope he gets a bit more fierce before he is released. There’ll be no fish delivered to him then!