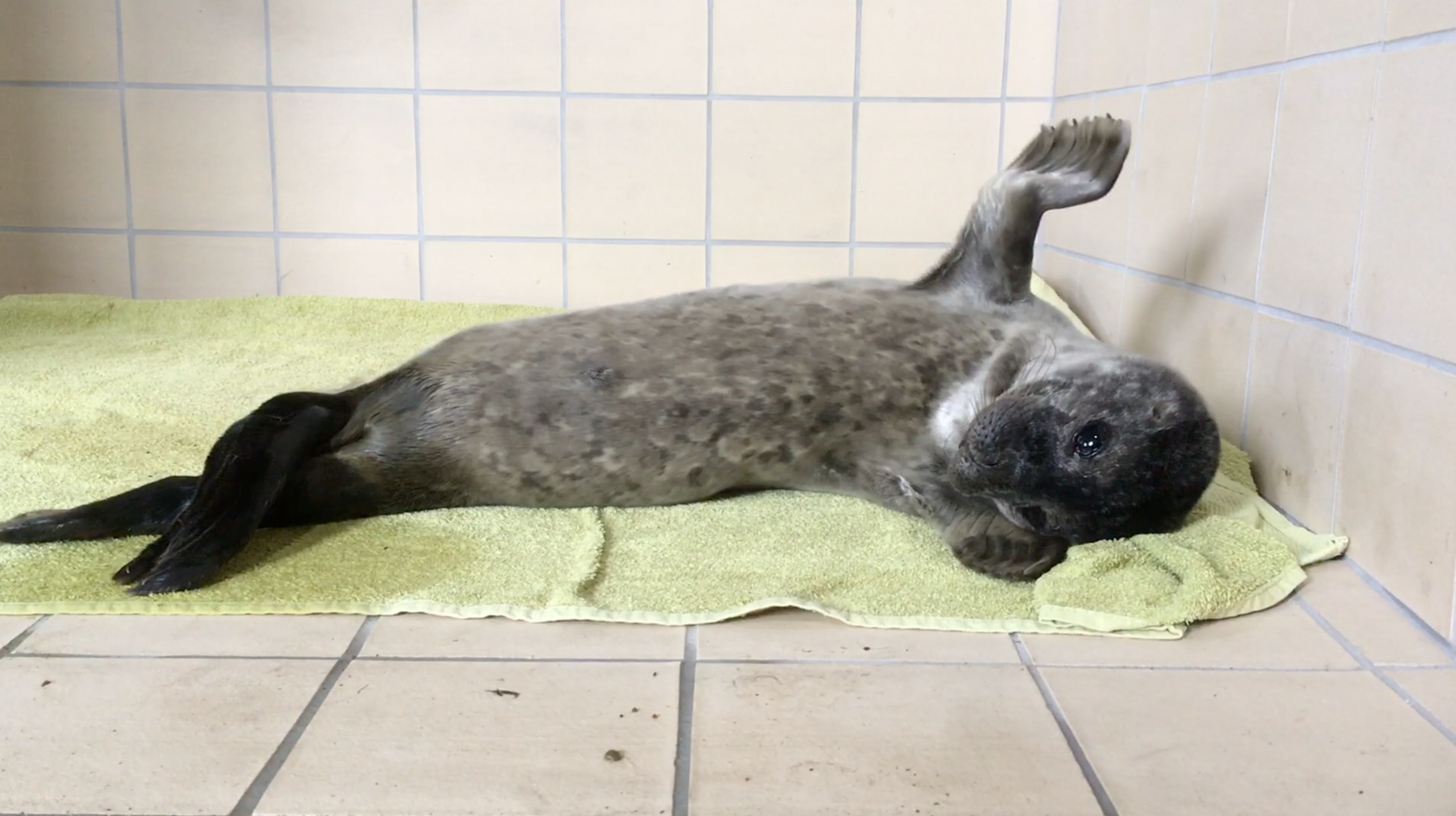 It’s been very sad here at the sanctuary. A week after coming down and then recovering from an umbilical infection, Georgie gradually declined. We were working hard at feeding her a rich cocktail of nutrients to bring her back to health, but to no avail. On her final day we rose at 6am to feed Georgie and found her very low. She had declined noticeably the previous night and we were getting very worried about her. In the morning there was no real sign of improvement, but we carried on hoping for the best. We were in again with her before 9am, by which time there was very little life in her and she was finding it very hard to take any food at all. We went in a little later to check on how she was doing and found her lying dead, but looking quite peaceful. It had been a terrible ordeal for her since she came down with the umbilical infection. She was a brave soul who struggled hard to survive, but in the end it proved too much for her. We would like to thank everyone who sent her love and strength during the last week of her life. We’re sure that it helped to ease her passage.

It is no consolation, but we have heard several reports from across Scotland of premature common seals being born this summer, not all of whom have made it. Let’s hope that it proves to be a good year for these precious creatures who are verging on becoming an endangered species in the northern isles and the east coast.