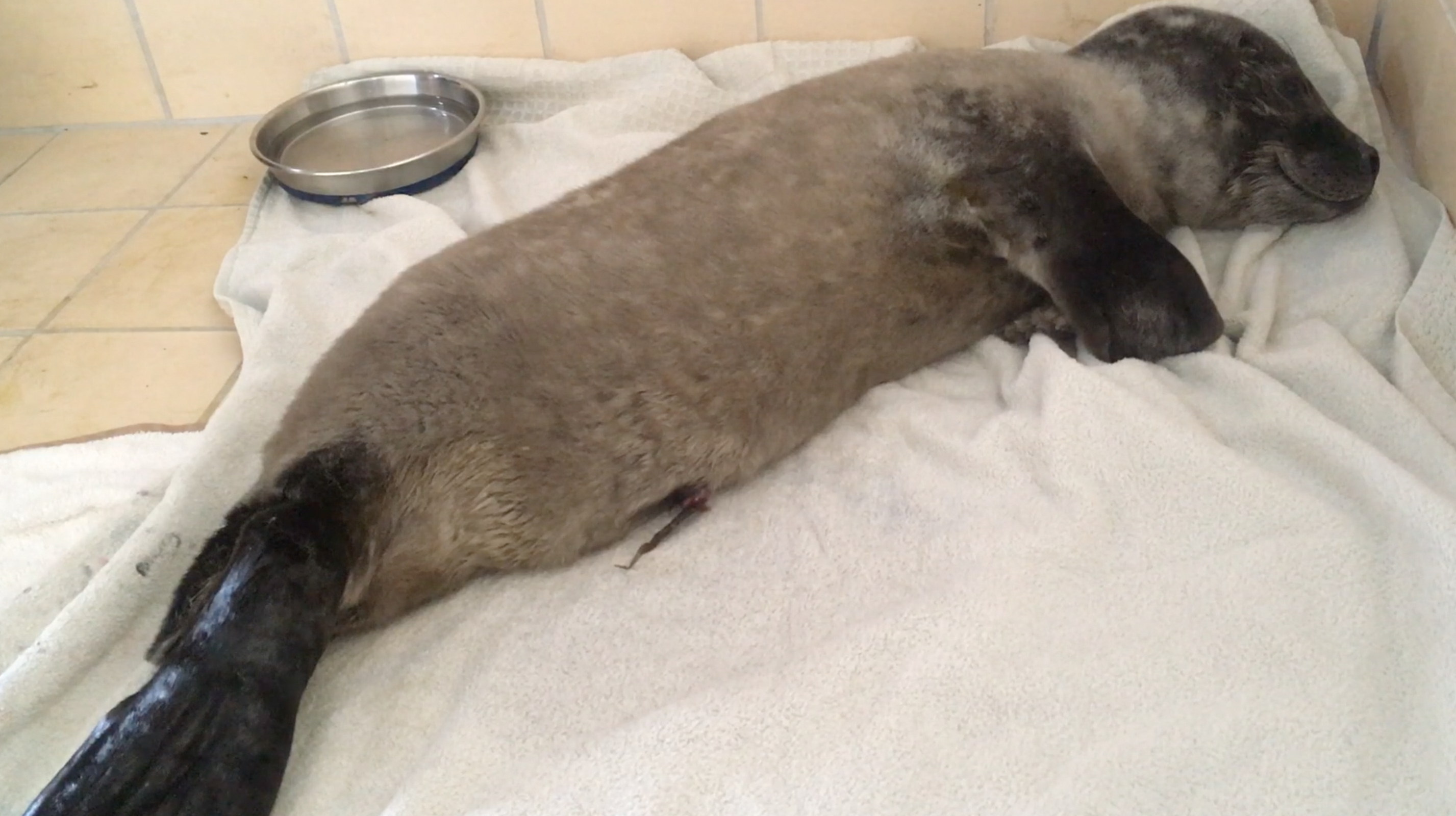 We had a major scare on Tuesday with Georgie the premature common seal pup from Rerwick. When we went in to give her 5 o’clock feed she had a raging temperature and was unable to lift her head. She had already started to twitch as if she was about to have a fit and we really thought we might lose her. We realised very quickly that she had an infection in her umbilical cord, which is not uncommon, but very frightening and potentially fatal for one so young, especially as Georgie is a premature selkie who has yet to moult the fur that in common seals comes off inside the mother’s womb, a phenomenon unique to this species of seal as far as we know. Anyhow, we immediately administered antibiotics along with rehydration fluid and kept the fluids going off and on all night.

So what a joy it was to walk in late last night and see her finally lift her head and look at us with beautiful, shining, wet eyes. We literally caught her in the nick of time and today she seems to be pretty much back to her young self again. We’ll keep up the antibiotics, but the umbilicus has now come away and is healing well. Thank goodness…what a star Georgie is! Many thanks to Billy Arthur, Bianca and Basil who came to visit and waited patiently while we saw to our poorly selkie.

Ranger gaining confidenceRanger in the daisies