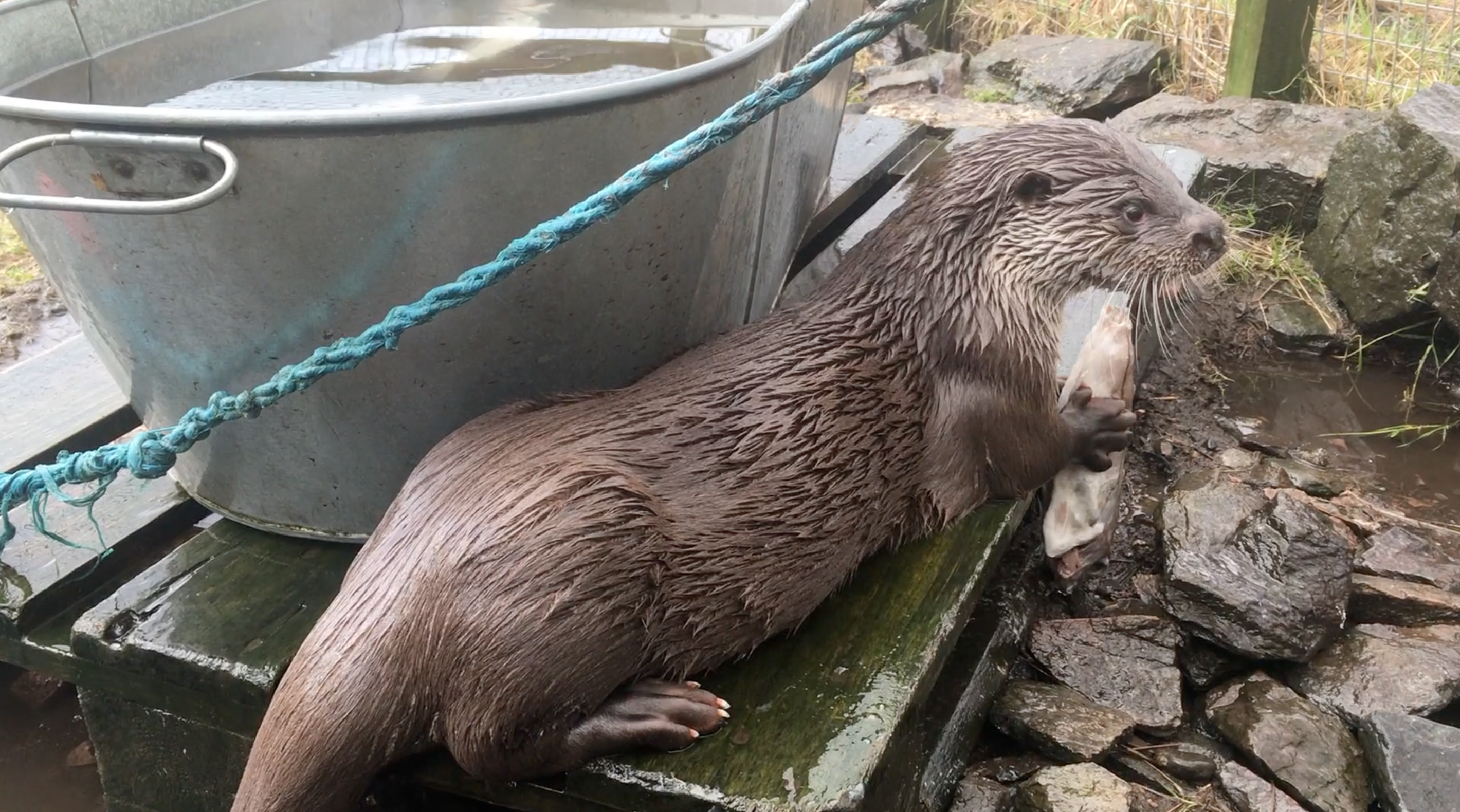 Grutness, the young male otter who arrived at Hillswick Wildlife Sanctuary 16 months ago, is being given yet another chance to make it in the wild. He arrived in late 2016 after he started approaching people walking in Shetland’s south mainland. He looked like he was at least a year old, but he was in a terrible condition, nothing but skin and bone. We suspected he had been brought up in captivity and then released into the wild, where he had been unable to cope. Our friend Jean Garriock managed to catch him and Amy Stout from Scottish SPCA brought him to Hillswick, where we managed to build him up ready for release again.

However when we let him go, for the first time ever we had an otter that we could see was not coping on his own. The first time we released him he ended up approaching people again after just a few weeks because he wasn’t managing in the wild. We brought him back to the sanctuary, built up his strength again and tried an even more remote location, where we did our usual slow release programme and kept a close eye on him, but it was very clear that once again he wasn’t going to survive on his own.

So we overwintered him at the sanctuary, and started making alternative plans for his future. We do not have the facilities or the space here at Hillswick to look after a fully grown otter, so we knew we had to find him a new home somewhere. We considered various places and had one or two offers. but when Colin Seddon from the SSPCA’s Wildlife Rescue Centre in Fishcross said he might be able to “rewild” Grutness, we jumped at the opportunity. Colin has experience in rewilding otters and has fantastic facilities where he can do this. At Fishcross, Grutness will be able to have contact with other otters, he’ll have lots of space and bigger pools to swim in, all of which will better prepare him to go back to his natural environment. He simply could not be in a better place…and perhaps, if he does well down south, he might even be able to come back to his native isles. Here’s hoping! Bye bye Grutness, fare thee well!