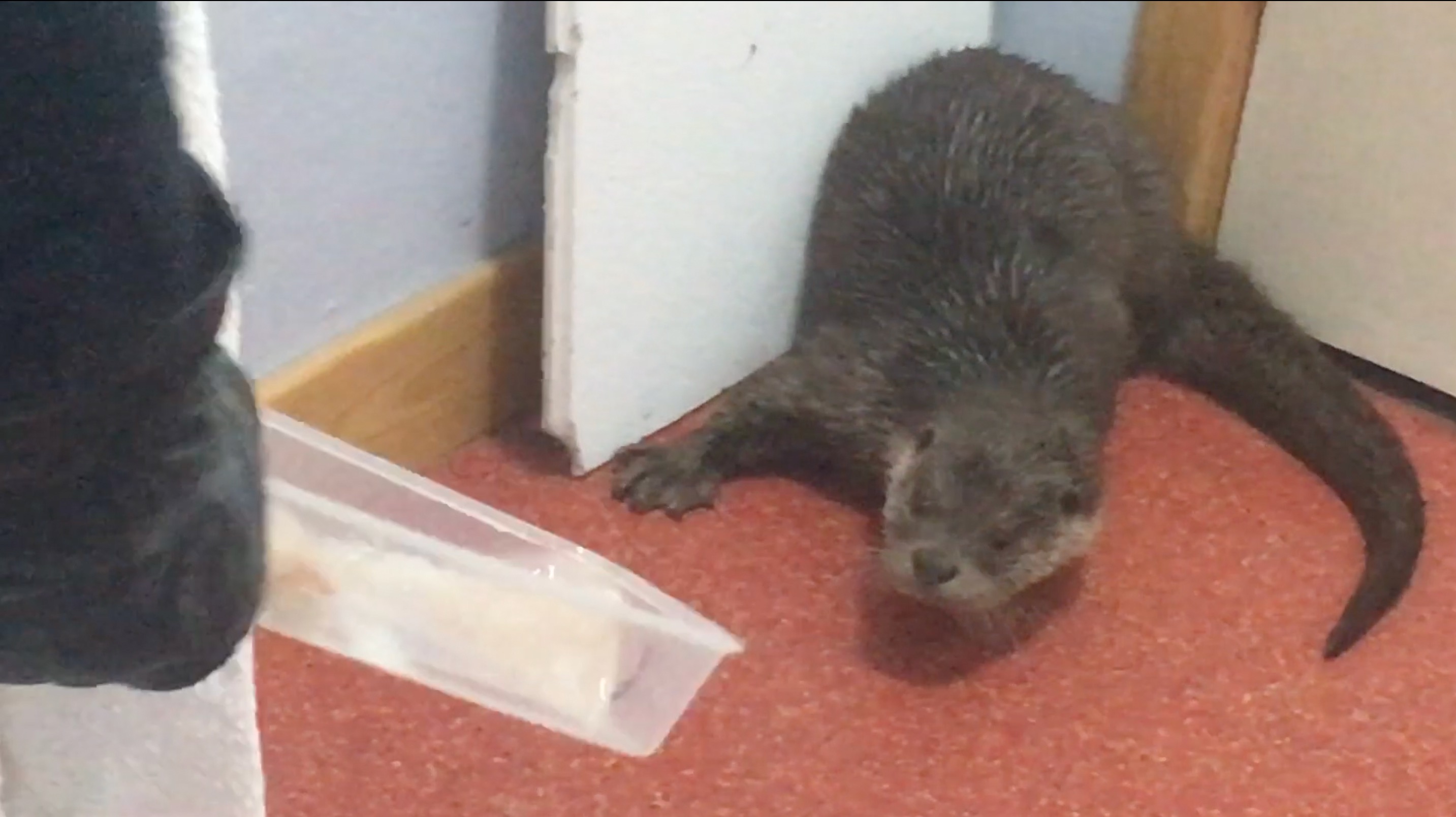 We were in for a shock in March when we received a call from North Haven Care Centre in Brae. A young otter had been wandering around the building looking in all the windows until it found an open door at the day care centre and walked right in. The staff managed to trap it between two doors and gave us a ring to see if we could help them with “a peerie otter”.

We drove straight down and only when we arrived did we realise it was a bit bigger than we thought it would be, probably between seven and nine months old. But it was just skin and bone, no doubt one of the many hungry otters wandering around Shetland after a long, cold winter with inshore fish scarce on the grounds. It must have been desperate to have been trying to get into a building, especially one so full of people.

We had an exciting time catching it as it ran around the small space between the two doors, but we eventually managed to trap it in a cage with the help of a large year planner the staff managed to slide under the door to us. It was a poor creature, terrified after the morning’s experience, but recovering in our otter unit where filleted, skinned and cut up fish into small pieces for it. We have to be very careful not to let them guzzle when they’re as hungry as this, as their digestive system would struggle to cope. So yet again it’s “slowly is holy”.

The staff at the care home have called him Ramsay after a resident who recently passed away.

A big thank you to everyone at the care home for caring and calling us…and especially for that year planner. Great improvisation.

Oskar discovers a flatfishCoco survives after mother killed by car