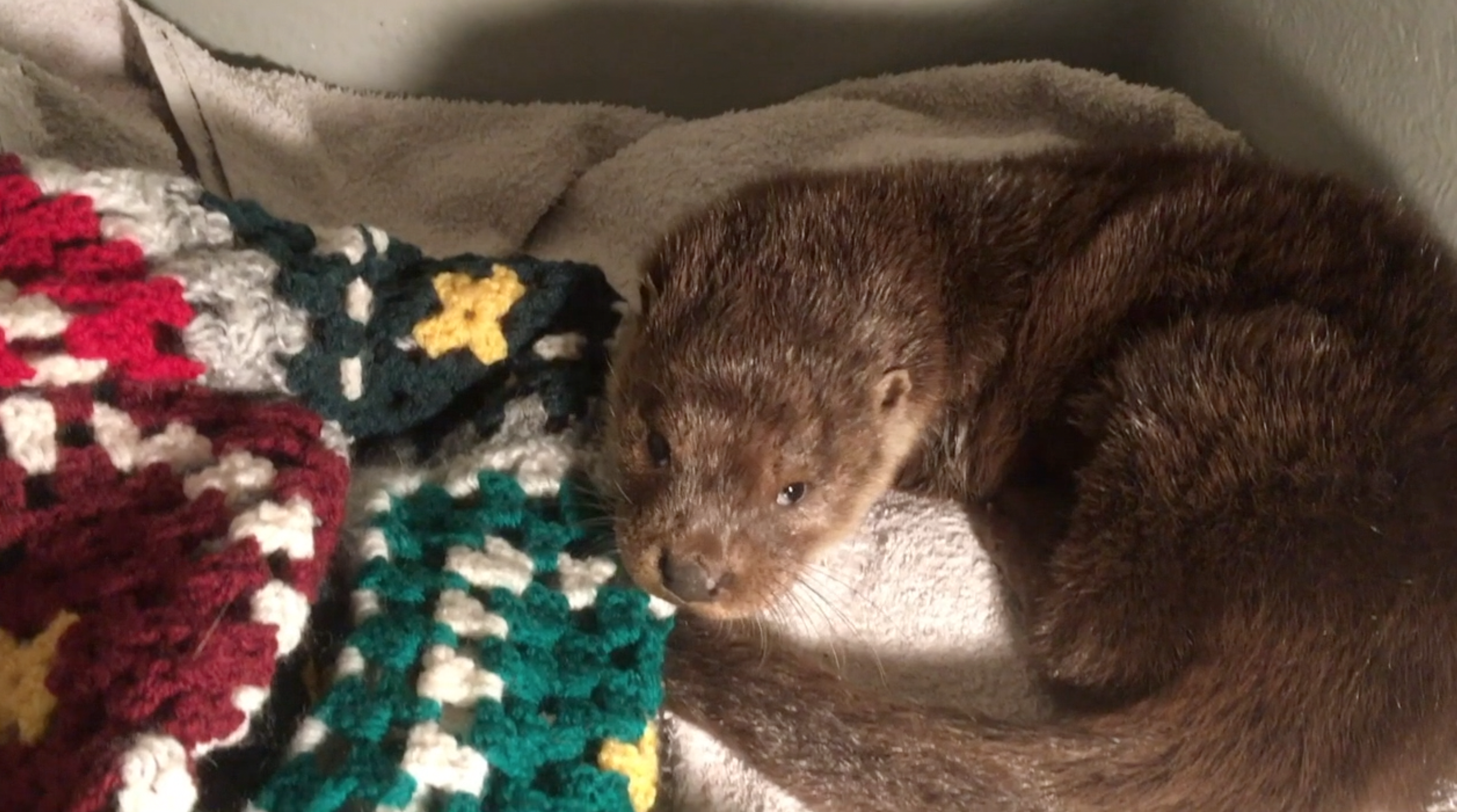 On Sunday 11 February we received a message about a dead otter near the Trondra/Burra bridge that had been hit by a car on a cold Saturday night. We immediately feared it could be a mother, who would have left an abandoned cub suffering on its own in freezing temperatures. Shortly afterwards our worst fears were confirmed when we received a call from from Scottish SPCA inspector Louise Sales, who had been contacted by Mark Williams about a hypothermic otter cub he had come across on a beach beneath his house on Trondra’s east coast, not far from where the dead adult had been found. Louise went straight to the beach to collect the otter and picked up a hot water bottle to keep it warm on the 45 minute drive to Hillswick. She even took off her jacket and jumper to wrap it up and keep it warm. She said its paws were absolutely freezing.

We were very concerned when she arrived at the sanctuary with the otter cub unconscious in her arms. Jan tried giving him a weak milk and water solution to rehydrate him, but he was too weak to swallow. So we laid him on towels on top of a hot water bottle, covered him in a blanket and left him to sleep in a cage in a warm room. Pete gave him a Reiki to help and we asked all our Facebook followers to send good vibrations his way, and responses poured in from all corners of the world. A few hours later we heard tiny sounds of movement, and when we went to look we were happy to see Louie, as we called him, raise his wobbly head and look around wearily before lieing down again. We were full of hope that he would survive, but we knew it would be touch and go after his overnight ordeal in freezing conditions, the loss of his mother at three or four months old and the shock of coming into captivity. However during the night Louie had a fit and died shortly afterwards. All we can say is that everyone involved did all they could to help this young creature.

Chris Brown from Trondra collected the dead otter from the bridge, passing it on to Gordon Mackie from Huxter who brought it north, where we discovered that she was indeed an adult female and therefore almost definitely Louie’s mother.

We were saddened to hear about a second otter killed on Shetland’s roads at South Whiteness this weekend, with a third one killed in Weidsale last week. It is important people keep an eye out for otters on the roads, especially during the winter months as they travel further in search of food.

Releasing Cooper the laid back grey sealOskar enjoying all weathers