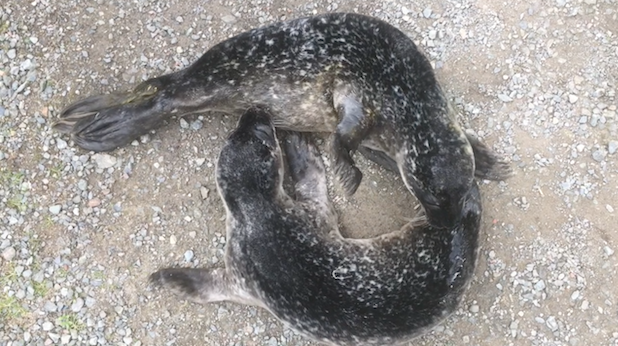 We’ve had the most incredible year celebrating the 30th anniversary of Hillswick Wildlife Sanctuary. It’s been one of our busiest ever, with seal rescues, otter rescues, a whale rescue, three whale post mortems, not to mention the crime drama ‘Shetland’ being filmed here (due to be screened early in 2018), and the sanctuary appearing on the BBC’s Island Medics show in December when we rescued the pilot whale from Vidlin Voe. We even freed a seal caught in a fishing line and a gannet whose beak was tangled up in rope, showing just how marine pollution is becoming such a huge problem for wildlife, especially marine life. And then, of course, we launched our new website and our appeal to raise funds to keep the sanctuary going into the long term future. Having met our initial goal of 500 pledges, the oil industry has agreed to release £300,000 to pay for 75 per cent of a £400,000 upgrade that will secure the sanctuary for future generations…so now all we have to do is find the extra £100,000. That will be the next challenge as we move into 2018. Have a great year everyone! Exciting times.