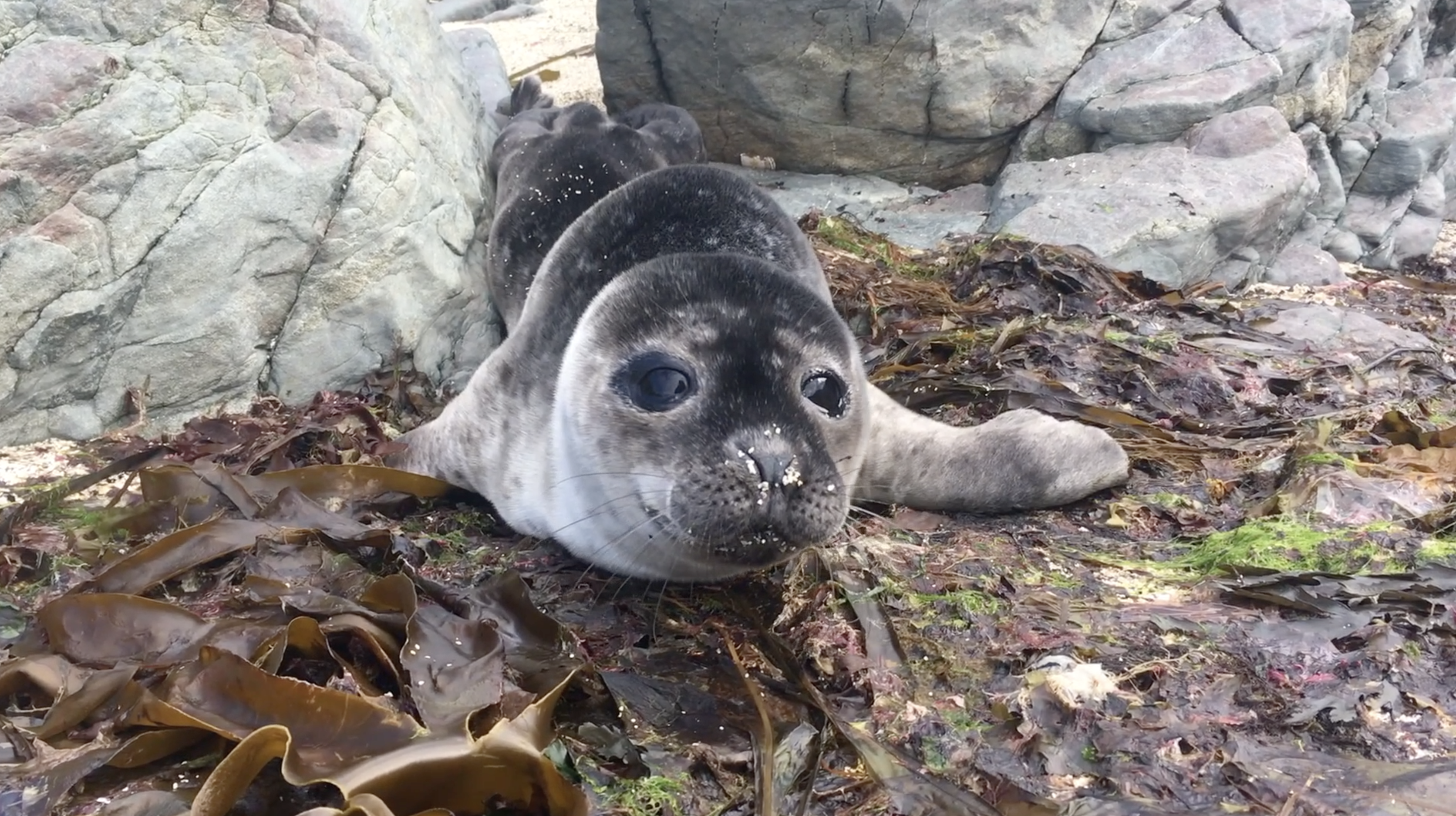 It always seems to be midsummer when the common seal pups turn up in Shetland, and it was no different this year. On 19 June we received a call from Cherelynn Wiseman in Lerwick, who had found a wee abandoned seal pup on the Grottie Buckie beach half a mile from her house. When we reached Benny, as she called him, he was curled up behind a rock. There were plenty of other mother seals with pups nearby, but no one was taking any interest in Benny except a gull. So we brought him in.

The next day we were called by Sarah McBurnie, a local tour guide, who had seen a tiny seal pup pushing against the fence at the side of the main road at Bixter as she drove past with a busload of tourists. Sarah left the pup with Joyce Manson who lived nearby, but she had to go to work, so by the time we turned up Joyce’s mum Violet Smith was guarding Sam (as he was called) in the porch, blocking him in with cases of dog food! It looked as though Sam had gone in search of his mum, but headed in the wrong direction and headed inland. When we got him back to the sanctuary we were amazed at how small he was – the smallest seal we have ever had.

The following evening we found a Facebook message from Masha Shearer. The previous evening she had been kayaking with a group in Ronas Voe when they had found a seal pup crying for its mother on a rock at the foot of a high cliff. So the next day with only a marker on a map to go by, we went to the Scottish Sea Farms’ Ronas Voe shore station where Michael Ruddick and John o Gluss kindly offered to take us out to look for the pup in their workboat. By a miracle, we spotted him walloping up and down a beach surrounded by looming cliffs that would have been too steep to descend, crying for help. The problem was the boat was too big to land on the beach, so we had to return to the shore station where we collected a smaller landing craft. However by the time we got back to the beach an hour later, the seal had disappeared! We landed anyway and hunted the length and breadth of the beach with no sign of the pup. Then we spotted a tiny gap under some boulders through which he could have escaped. Pete crawled through the gap and there he was, an exhausted, hungry seal pup. Masha called him Leo.

The next day we were brought a fourth seal pup, a female. Scott from the SSPCA collected her from Bridge End where she had been so hungry she had been trying to eat seaweed. Unfortunately she had an umbilical infection and she died overnight despite our attempts to treat her with antibiotics. A sad finale to a busy week, but at least we had three survivors at a time when common seals are suffering in Shetland, their numbers half what they were 15 years ago at the last count.

Mimi and Rommy are inseparable

Burgess and his bottle