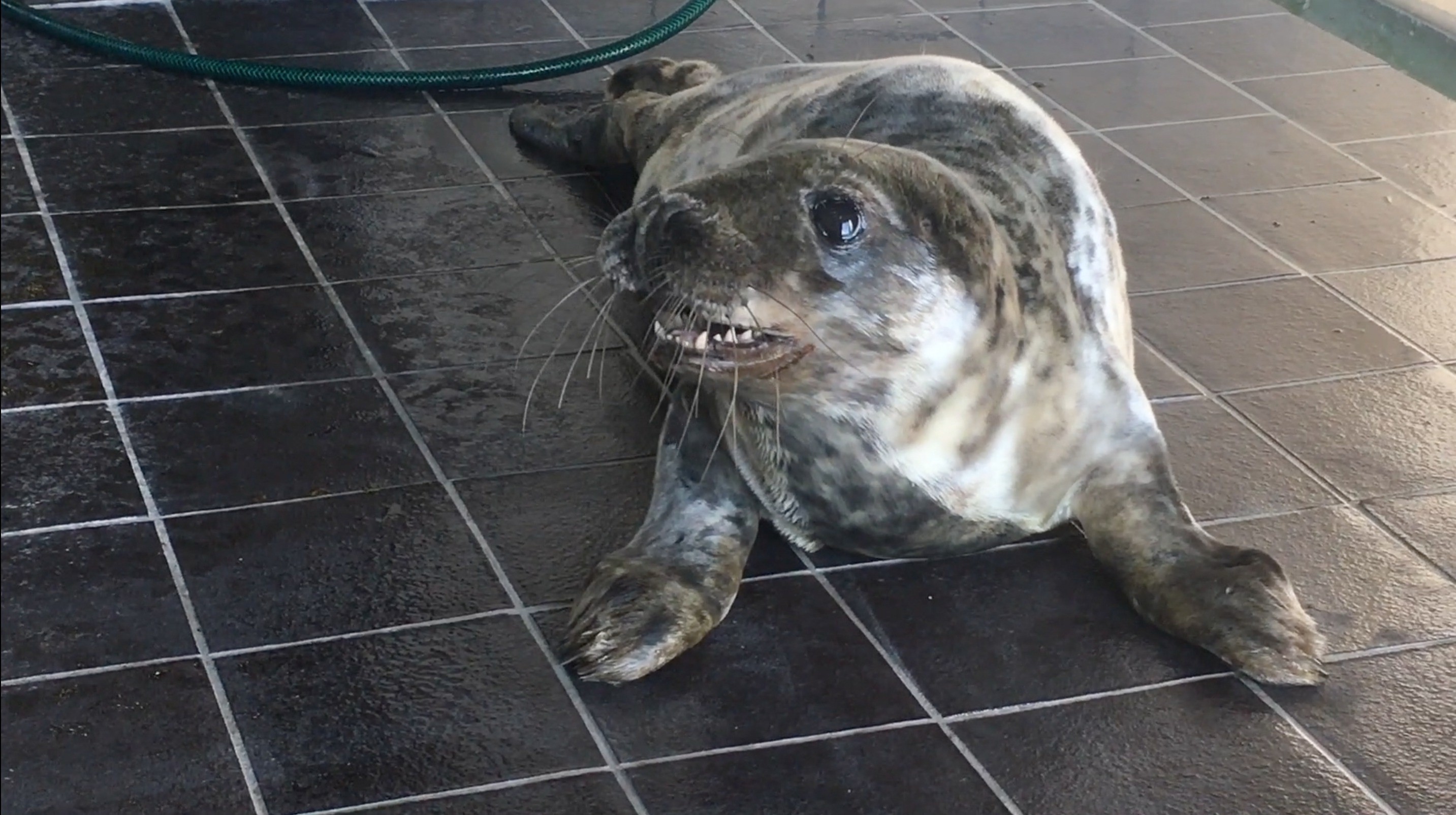 It’s a bit late for grey seal pups to come in, and end of season pups can sometimes be a trial. Last year we had Sam and Sinclair, and this year we have Pankhurst. He arrived on Thursday morning, and as it was International Women’s Day we thought it only right and proper to name him after the leader of the Sufragettes. If he had been a female, we would have called him Emily! Jean Garriock received the call about him lying beside the road at Boddam Voe by the Hillock junction and very kindly picked him up for us and kept him overnight. We drove down and collected him from her shed and brought him north to Hillswick, where on arrival we could see he was quite under the weather and clearly hadn’t been coping in the wild. He was coughing and snorting a lot, which suggests he may have lungworms or a chest problem. The following day after he had rested, we tubed him with rehydration fluids, pushed some fish pieces down his throat and started him on a course of antibiotics. It seemed to perk him up, but he’s one exhausted seal and needs a lot of rest and TLC.