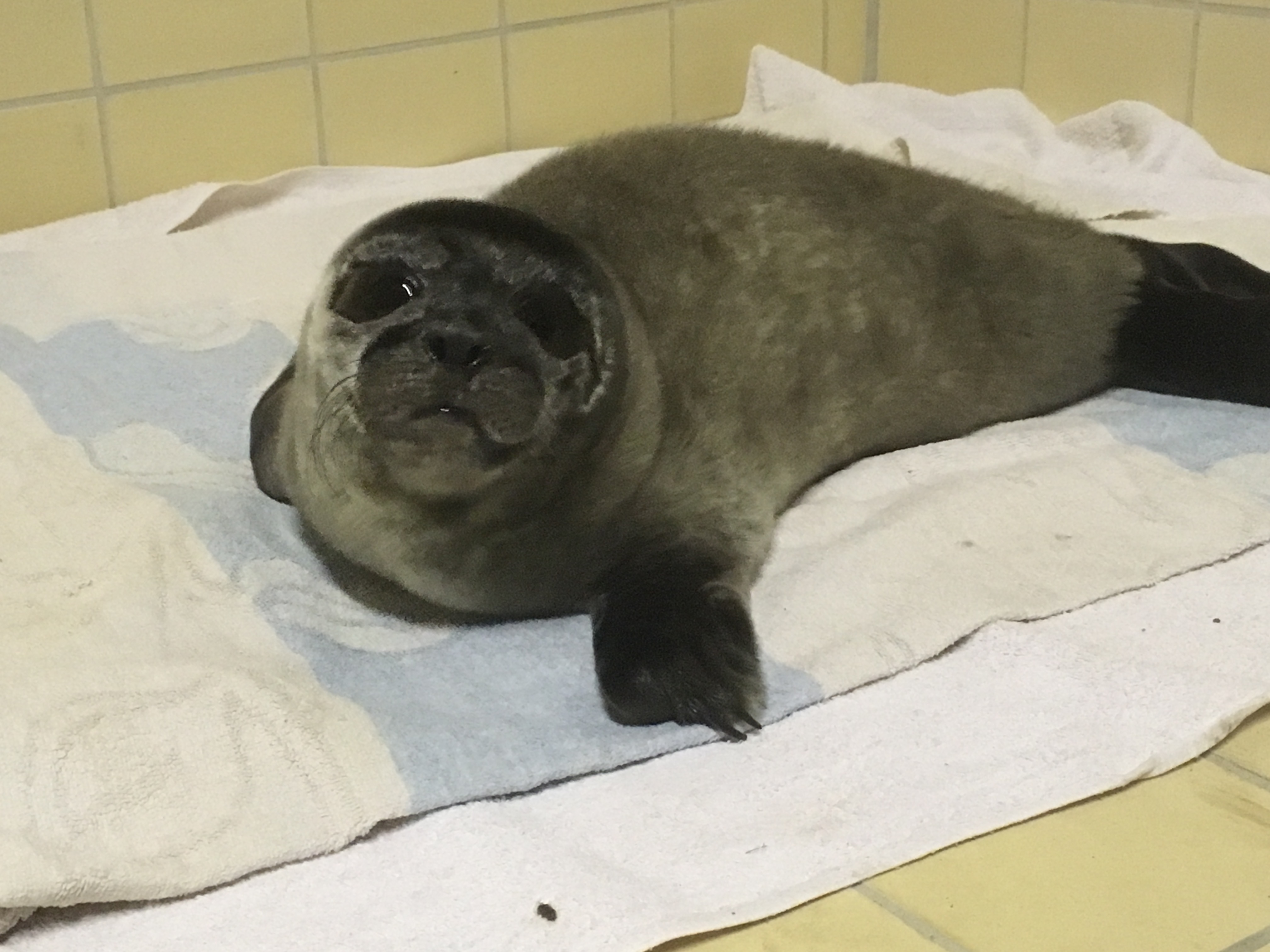 Our first common seal of the season arrived on Sunday 3 June. Georgie was found on Rerwick beach by Katie Leask, her brother Grant and their friends. They called us at 10pm and sent us a photo. As soon as we saw it we realised she was a premature common seal pup by the silver fur, which common seals moult in their mother’s womb and realised we had to drive straight down to Rerwick 60 miles away to fetch her. We fed her a mixture of rehydration fluid, liquidised fish with Emeraid nutritional supplement and a little glucose to get her through the night. She seems to be doing OK so far, but it is early days and with her being up to three weeks premature we have to keep a close eye on her day and night. Yet she appears to have great strength of character, which we hope will see her through the next few weeks.

Ranger in the daisiesWally the walrus reaches Shetland