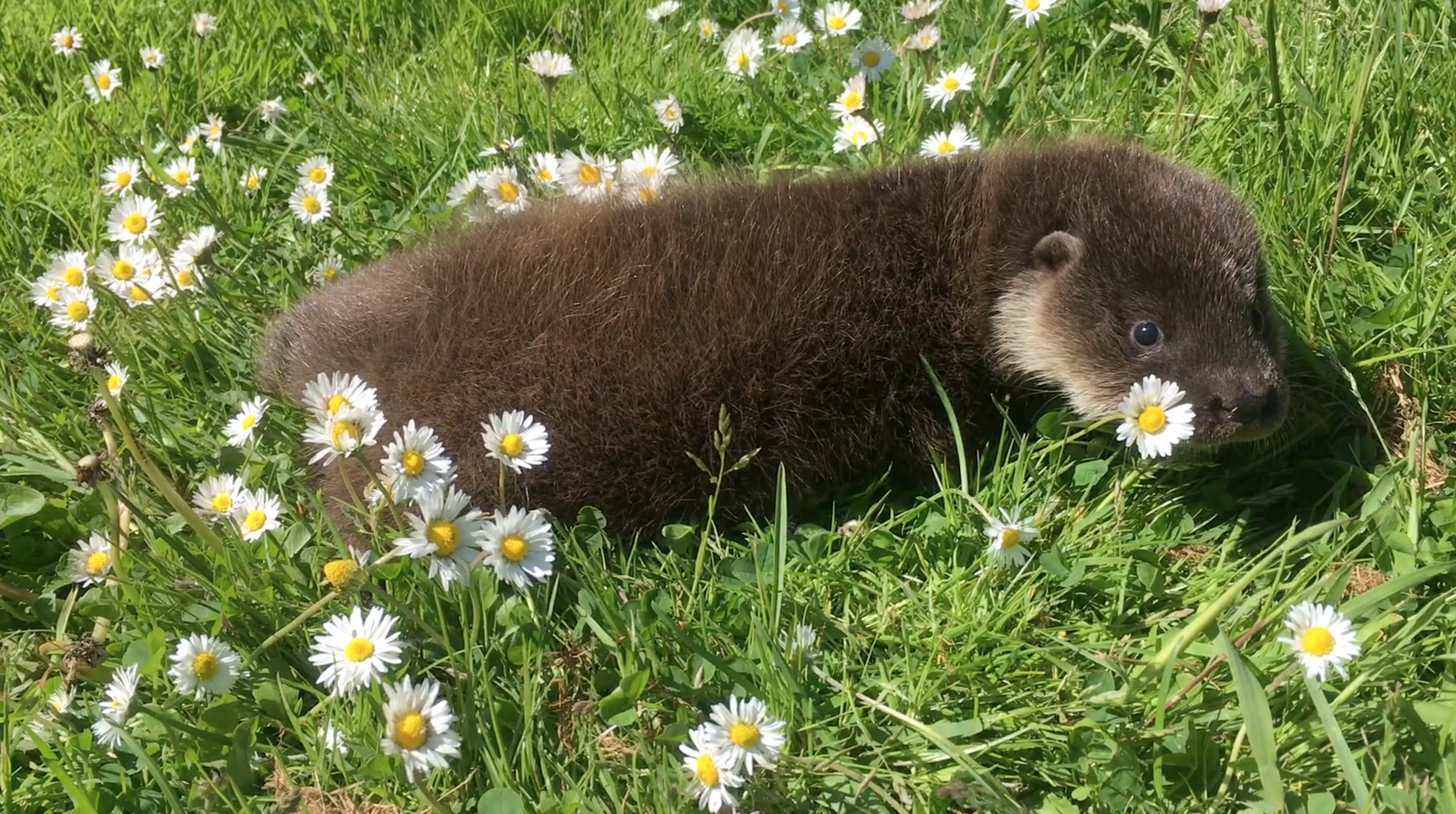 It took Ranger the otter cub who was rescued at Burrastow in early June a moment to get over the loss of his mum and sibling, but he’s turning into a tough little fellow. At first he was very frightened when we rescued him from the Cooke Aquaculture Scotland Ltd shore base, but since then he has started to gain confidence. He is feeding well three or four times a day and loves spending time outside in the garden…except when its noisy. He jumps even when a bird chirrups as it flies past, so when the roadie men came to fix the potholes outside the sanctuary on Friday he got quite scared and started squeaking with fright and looking for a place to hide. It’s going to be a long road ahead here at Hillswick for Ranger as we think he’s only two or three months old, but so far he’s making good progress. Let’s hope it continues this way.