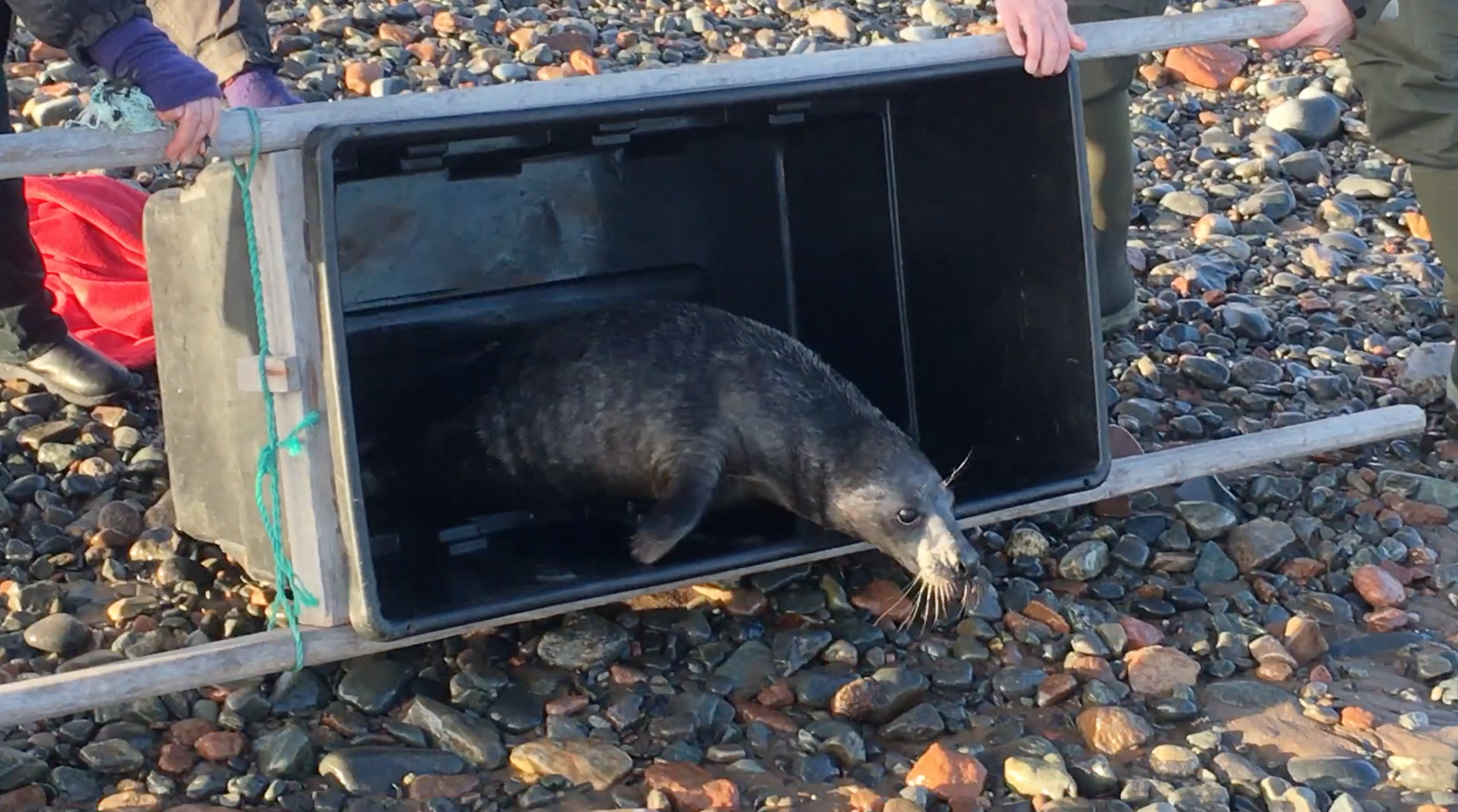 Cooper the grey seal has finally returned to the ocean after two and a half months at the sanctuary. He was such a poor selkie when he arrived after being thrown up on a beach in Walls by Storm Caroline in early December. He spent weeks inside recovering, building up his strength and getting the hang of eating fish. Remember how he used to lift his fish out of his paddling pool to eat it on the floor?

He’s been an unusual character from the start, very slow and laid back. Even when we gave him his last feed, his immediate reaction was to lurk at the opposite end of the pool from the extra helping of herring we gave him. He took his time to sample them and gradually built up speed until he had finished the lot and was asking for more!

So when we released him on the beach at Hillswick we expected him to take his time getting used to the wide open sea. Far from it – after a bit of hesitation (and with a bit of encouragement from our eight year old commentator Eva up on holiday with her dad Rob Hinton), Cooper took off like a rocket, surfaced 30 yards away, then 70 yards away and then simply disappeared. Goodbye Cooper, you’ll be a miss. Have a great life! And as Eva said as he swam off: “Travel the world!”