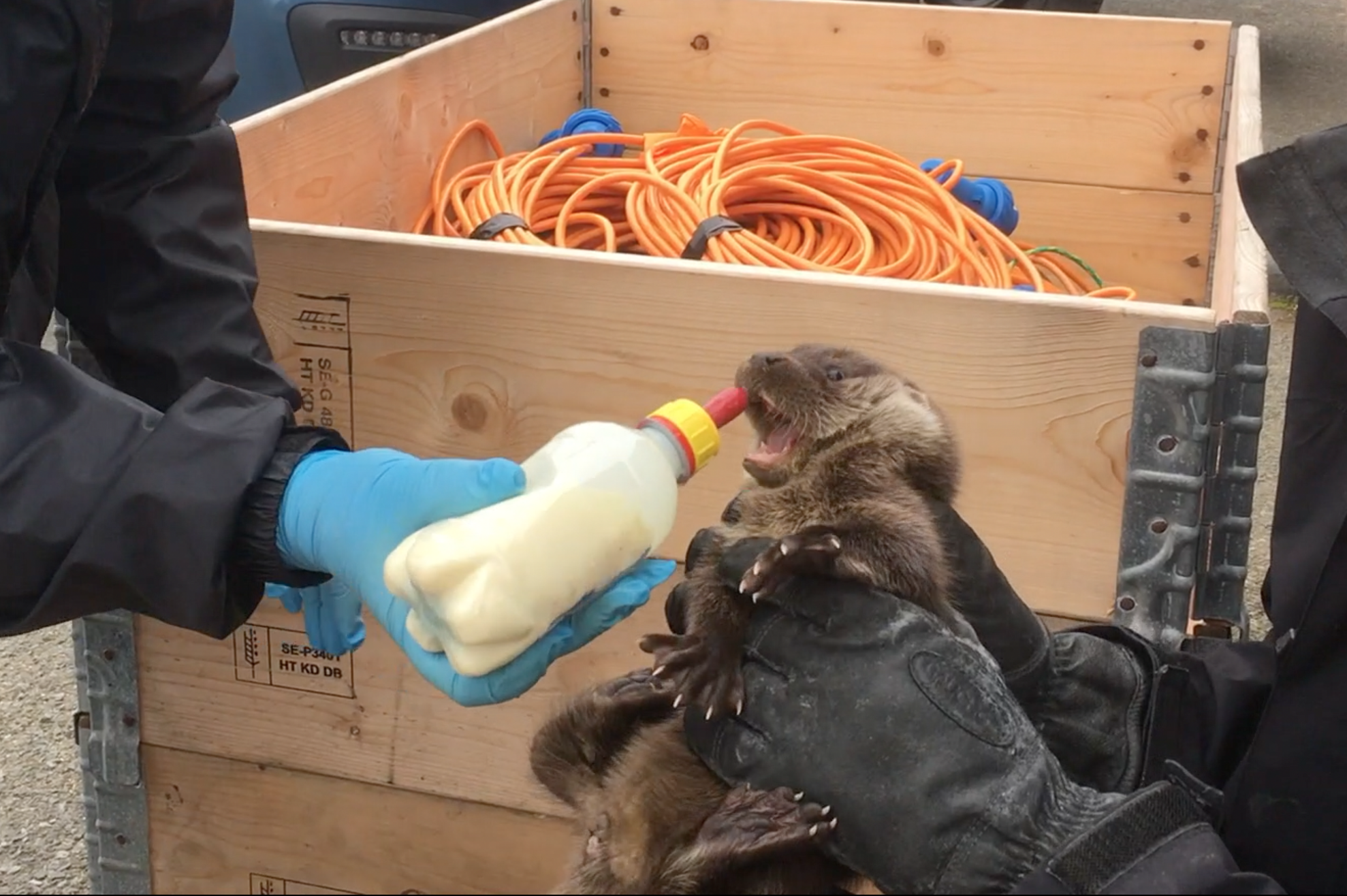 We received a message in early June from the Cooke Aquaculture Scotland Ltd salmon farm shore station at Burrastow on Shetland’s West Side, saying that they had a shock yesterday when two otter cubs had suddenly appeared in their office out of the blue. They said that a female otter had been regularly seen near the office and must have had cubs, so in all good faith Erik Macmillan and John put the two back outside hoping they would find their mother again. Unfortunately the next morning they found just one of the cubs on its own still calling for its mother, so they got in touch with us for help and advice. We asked them if they could catch the cub before it disappeared and keep it warm while we headed straight over from Hillswick. We were joined by Richard Shucksmith and his friends from National Geographic who are in Shetland making a documentary about otters. We all spent a long time hunting for the sibling, but there were so many hiding places on and around the site that it was like looking for a needle in a haystack and we finally had to give up the search so we could see to Ranger, as he has been called by John and Erik. We hoped the sibling would make an appearance in the next few days so that we could reunite the pair, but that was not to be. Meanwhile we managed to get a reasonable amount of milk down Ranger, who is now safe at the sanctuary where he needs regular bottle feeding, for he is only two to three months old. Our worry is that the mother may have died in a creel while it was looking for food, as several creels have been recently set in the vicinity of the shore station and unfortunately it is not uncommon for otters to get trapped inside them and drown. There are otter friendly creels fishermen could use, but they are more expensive. All in all, a very sad tale.