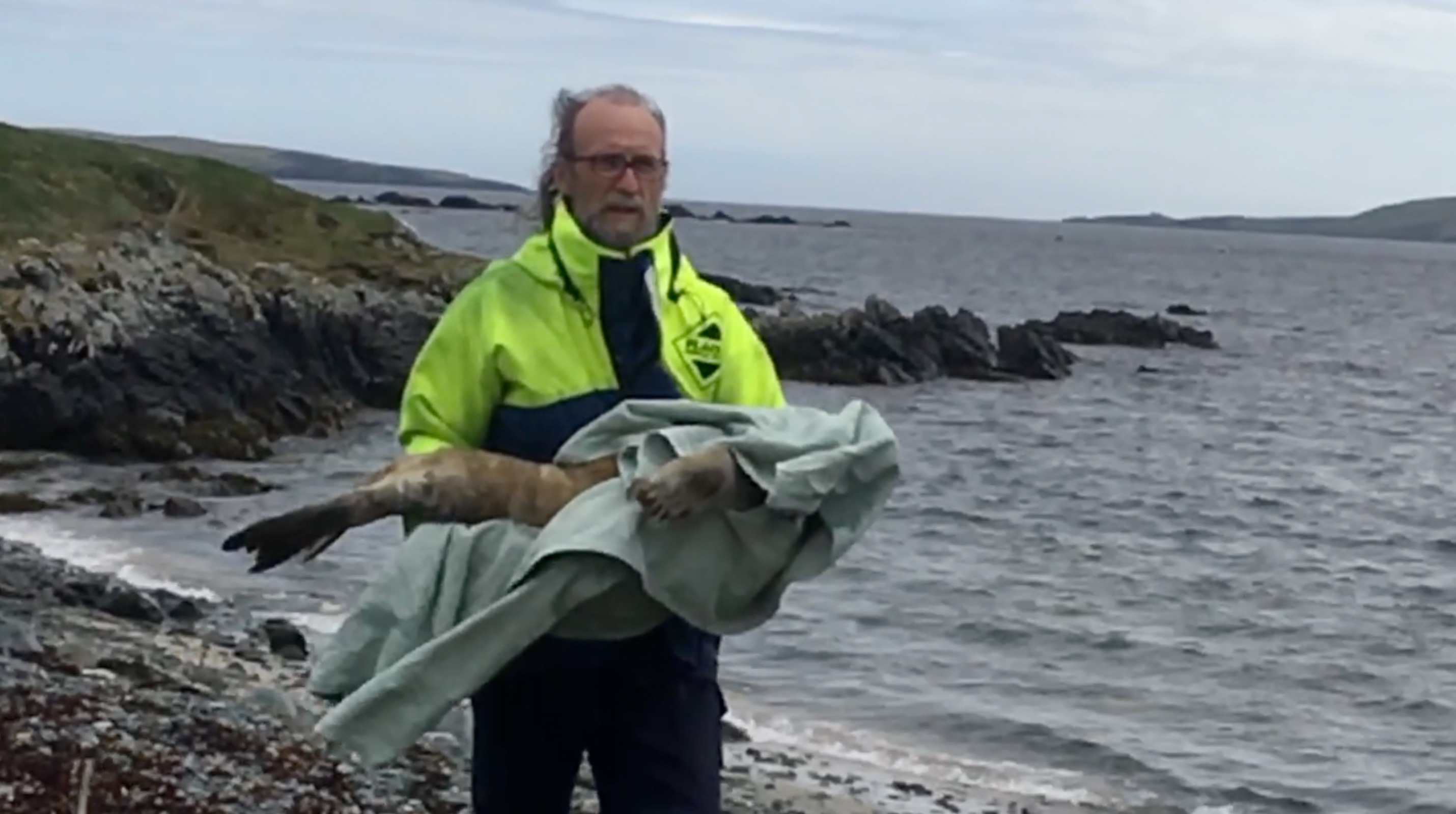 On 5 May received two unexpected phone calls about a seal in trouble on the South Voxter beach at Cunningsburgh from Isobel Work and Vaila Holbourn, so we set off thinking we would be rescuing a premature common seal pup, as happened several years ago when Nemo was found on a beach near Bixter at exactly the same time of year. We arrived and searched the beach, and to our great surprise, instead of a common seal we found one of last winter’s grey seal pups who was in a terrible state. He had completely collapsed on the beach, he was battered and bloody, very thin and having great difficulty breathing. We suspected he had lungworm, and possibly pneumonia, so we rushed him back to the car, which was no easy feat as he must have been eight months old and weighed around 35kgs. We drove straight back to the sanctuary where we tubed some medication down him – antibiotics, worming tablets and rehydration fluid. He was pretty big with a strong bite, but he didn’t have the energy to put up much of a fight. We left him resting in the warmth and hoping that he makes a full recovery. We’ve called him Shooglenifty after the band at last night’s Shetland Folk Festival gig at the Clickimin, as they’re a pretty lively bunch and we’re hoping the name will rub off on him and he’ll come to life. (Apologies for the flicker in the video)