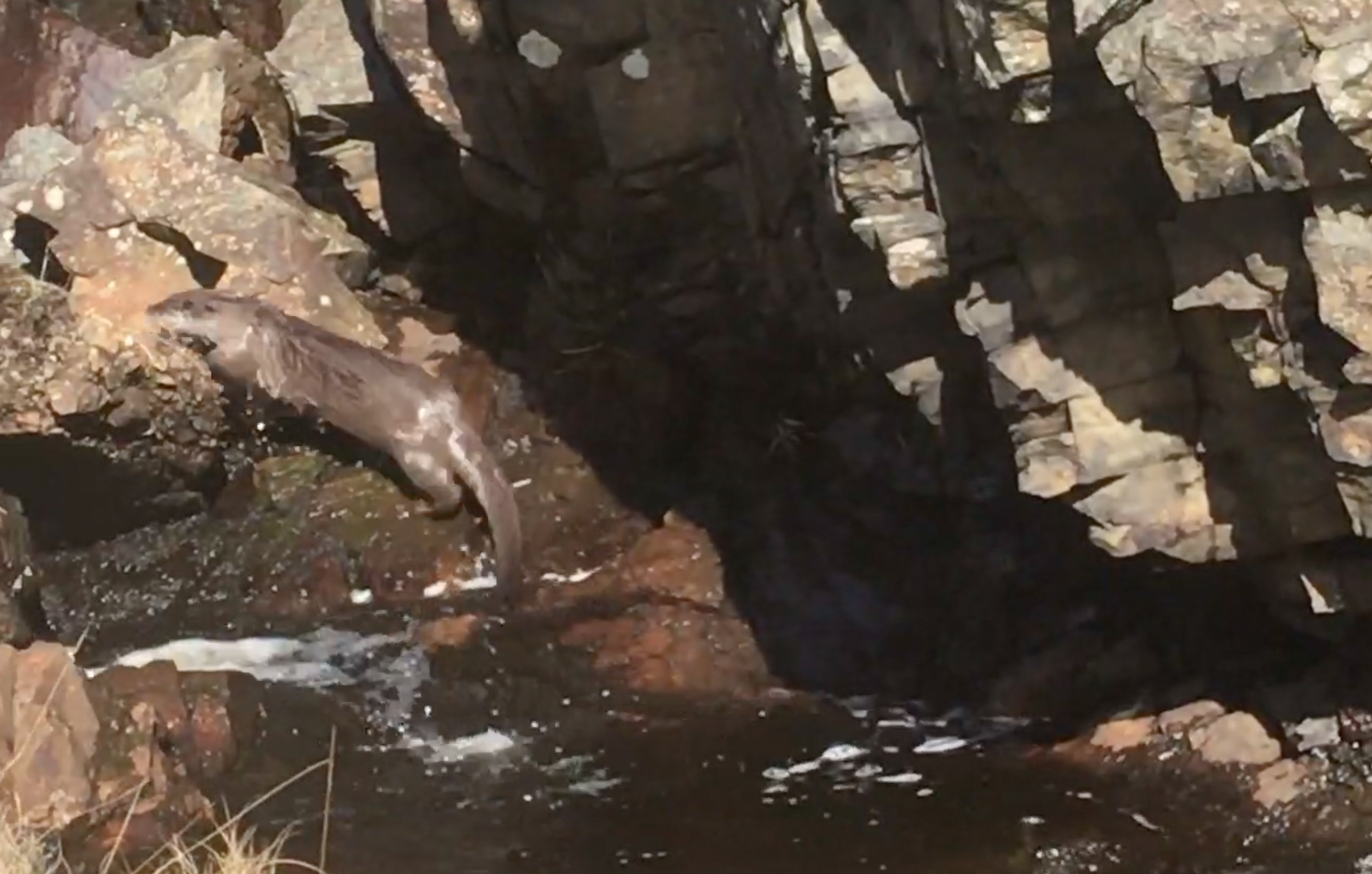 Remember Ramsay, the ravenous young otter who tried to break into the North Haven care home at Brae a while ago? After we managed to catch him (with some difficulty), we had to keep him in our indoor otter unit as all our outdoor pens were full. But he was having none of it. Despite putting in extra security to prevent him from escaping, he soon managed to find a way to climb out of his pen and then back into it again, exploring the rest of the unit at his leisure. We have no idea how he managed to do it, as it involved not only climbing up a mesh grill, but somehow grabbing hold of a large wooden overhang we had installed to stop him from doing exactly that. Quite the acrobat!

After several days of healthy portions of whitefish and with the Houdini routine, he was definitely ready to be released. By this time he had stopped grabbing fish greedily in his jaws as soon as we put them within his reach and his appetite had eased. It’s hard to contain a young otter who has grown up in the wild, and he made it very clear he wanted to be outside again in his natural element. So we took him to a quiet burn not far from the sea, expecting him to head straight for the salt water. Instead he rocketed out of his cage as soon as we opened it, and headed in the opposite direction at such speed it was almost impossible to keep up with him as he clambered nimbly up the rocky gully. By the time we reached the top he had completely disappeared, but then we caught a glimpse of a trail of ripples in the loch that fed the burn. We just managed to spot him before he slipped up a tiny stream and vanished, hiding somewhere upstream. Since we released him we’ve been leaving fish out to make sure he doesn’t start searching any other buildings for food. All the fish has been disappearing, so we’re pretty certain Ramsay’s taking it.