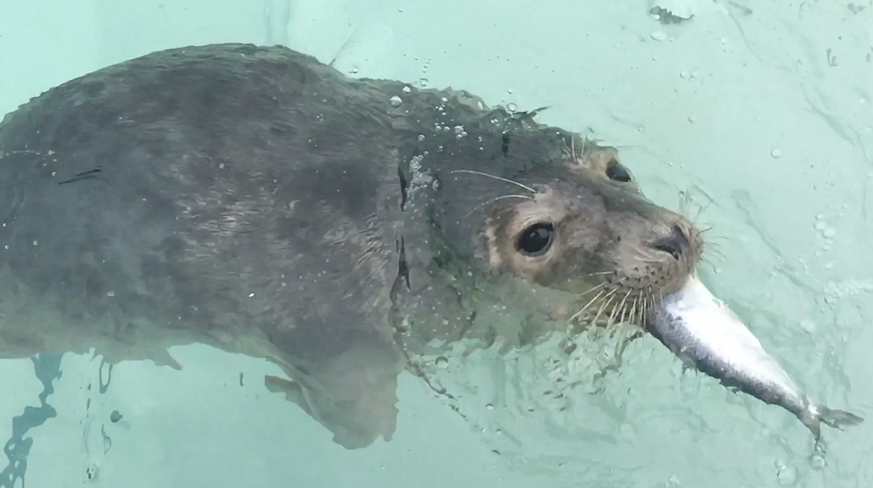 Shooglenifty the eight month old grey seal pup who was rescued from South Voxter beach in Cunningsburgh has recovered well from the lungworm that had almost seen him off and after a week developed a healthy appetite. As soon as he demonstrated he could eat fish in water again, we put him outside in the big pool where he is having no problem gulping down 20 fish a day. At this rate he should start putting on weight rapidly and be ready to head back to sea where he belongs in the next few weeks, but he’s still a bit on the weak side so we’ll see how he goes. His lungworm was as bad as we have seen in a seal, so we might have to worm him again.

Many thanks to Renate van den Boom for the camera work (and for helping out on that sunny day) and to our volunteers Claire, Damien and Alex for their help