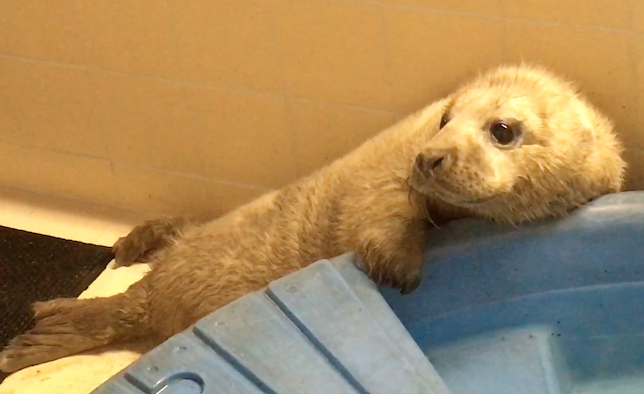 We received a phone call from Sabina Holt Brook on 21 November about a white coat – a grey seal pup – she and the volunteers on her croft had found in a field on the isle of Papa Stour where she lives. They had returned the pup to the shore hoping it would stay there, but the next day it was back in the field again. Killer whales had swum past the island the day before, making them wonder if the mother had been scared away. But he was a fat pup just starting to moult, so his mother would have left him anyway. However a field is no place for a seal, so the crew of the Papa ferry Snolda (after which he has been named) brought him to the mainland where we collected him and brought him up to Hillswick Wildlife Sanctuary. He’s a well fed pup, so we’ll wait for him to fully moult his beautiful, golden, white fur before we start feeding him ahead of his release.