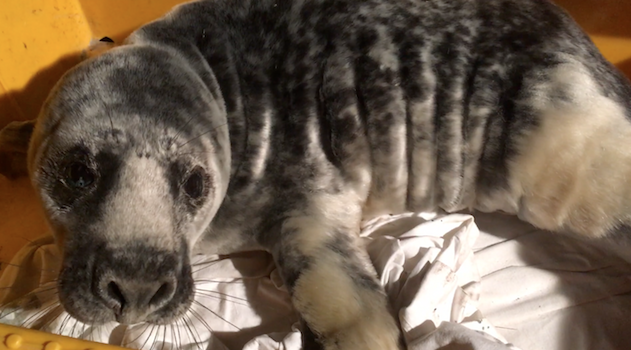 On Friday 8 December people in Shetland were checking their properties for damage after Storm Caroline rampaged across the isles with winds measuring more than 100mph at their peak. Andrew Cooper, a retired doctor living in Walls, was taking his dog for a walk on the beach by his house after discovering his garden shed had blown away during the night. On the beach he found this almost-moulted seal pup, who we have called Cooper after the man who found him. He was extremely thin and in very poor condition, so needed immediate rehydration and to be built up over the next few weeks and months before he can return to the wild. In some ways he was lucky the storm tossed him ashore, as he would not have survived for much longer in his condition regardless of the weather.