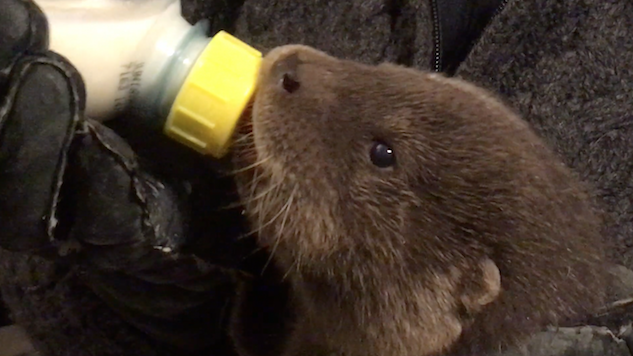 Tivacudda the otter cub was found by Jack Irvine in a field on the island of Yell. She was squealing as only otter cubs can after losing her mum in Storm Caroline’s 100mph winds. She was dragging her hind legs, a sure sign of hypothermia setting in, and she would not have survived a night our in the cold. Jack’s friend Logan Johnson helped him catch her after we gave them some advice on what to do. They managed to give her a wee feed of fish and water mixed up in a syringe and then Logan’s grandfather brought her to Hillswick where she started eagerly sucking on a bottle of milk. She must be three months old, the size of her, so she should be on fish soup soon. Jack gave her the delightful name Tivacudda after a craig’s seat near where she was found at Westsandwick – he explained a craig’s seat is a rock by the sea used for fishing. Very appropriate!