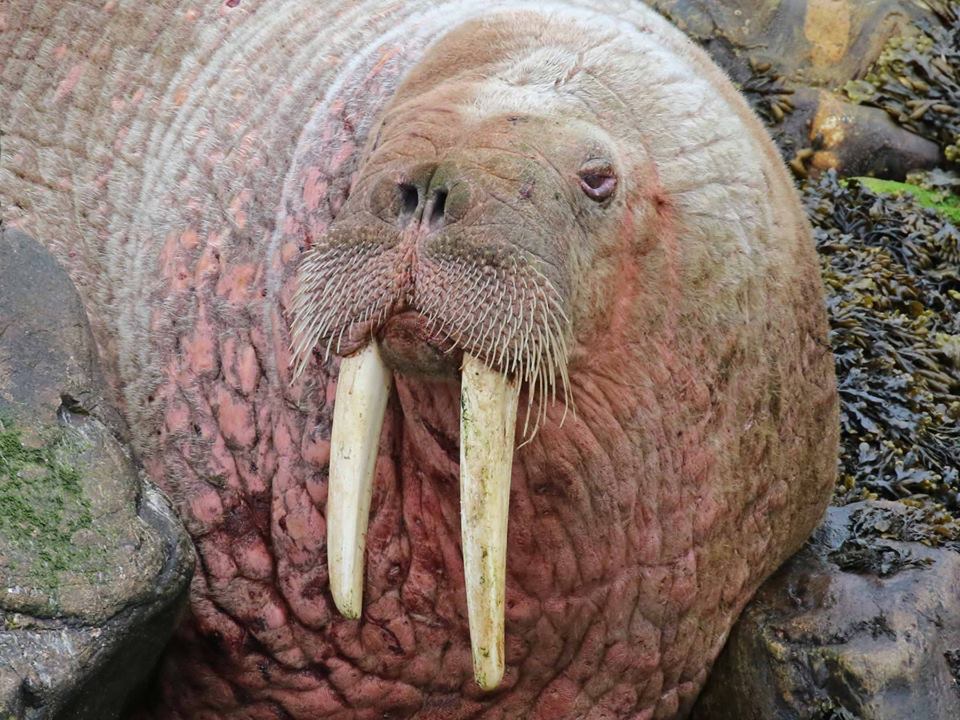 Wally the walrus who first appeared on Orkney in March and was seen last month in Harris, Kinlochbervie, Wick and John o Groats has now turned up on the coast of Out Skerries in Shetland. We don’t know a great deal about walrus, and though he does seem to be rather thin, he looks reasonably well. Hopefully he is now gradually making his way back up north to his home in the Arctic, where he can join the rest of his clan and build up his strength again. The word is that he is a young adult male. Extraordinary looking creature.